skip to main | skip to sidebar

I forgot to post this pull yesterday... It's an Adrian Gonzalez auto SP. The thing I find funny is that the card is short printed to only 45 copies, but it isn't serial numbered, yet other releases can have serial numbers in the thousands with no special feature to deserve the number. Without question they should have serial numbered these SP auto cards... 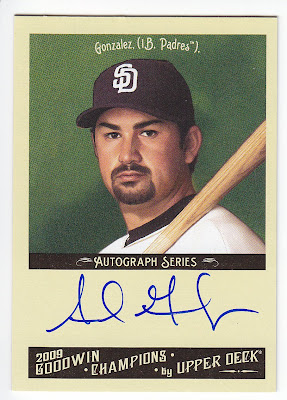 My stock investment was WAY up today (JBII.ob), and I was up probably $12k, so I went to the local hobby shop and bought a couple boxes of cards in celebration. Here's a few of my pulls...
A triple relic/auto of Ryan Braun, Paul Molitor, Robin Yount #/27. 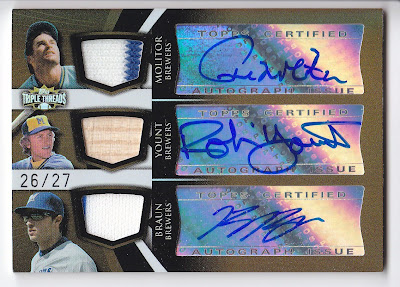 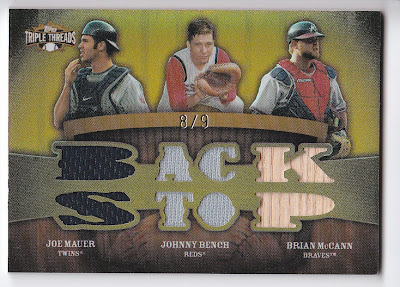 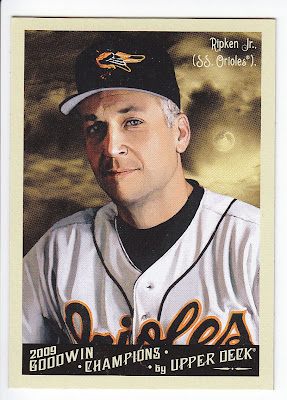 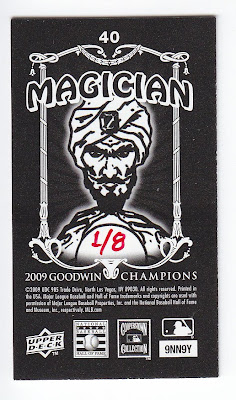 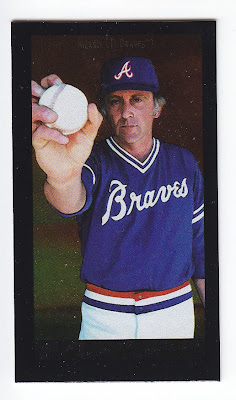 More from the vault

This card was acquired long ago (back in grade school in the 80's), by trading with another kid. I'm pretty sure I probably ended up trading some Eric Davis or Darryl Strawberry rookie cards or something to get this, which actually ended up being a pretty good trade on my part. This card isn't in mint condition, but being that it's a 1953 Bowman color Early Wynn card, I still think it holds some decent value. 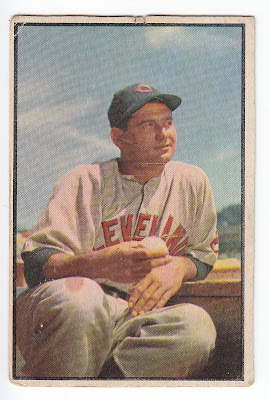 Since I haven't posted in a while, the recent cards will be considered "from the vault", as I've had them for about a month... 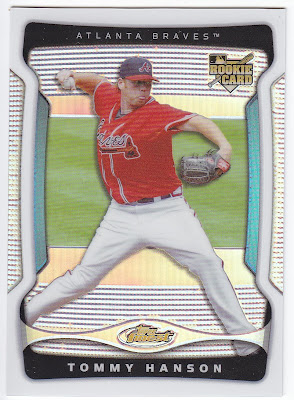 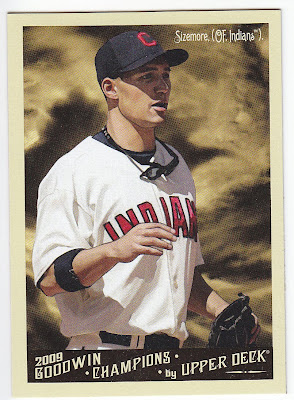 Another Day Another Redemption

On the heels of yesterdays redemption mail, today I received my Topps Finest rookie redemption of Matt LaPorta. This feels a little like the 12 days of christmas. At this rate, I think I should expect another redemption tomorrow, perhaps of a refractor sort... 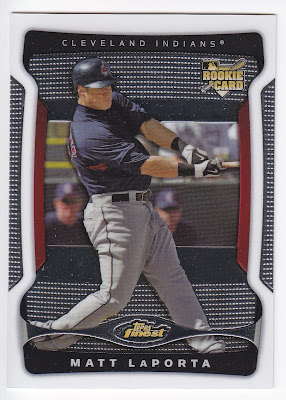 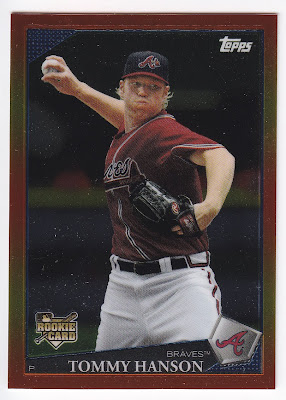 Kind of just listing this here for my own viewing since I'm waiting for a mystery cuts redemption. (I hope I get a Sinatra, Edison, Marilyn, Truman, or Cleveland auto)


From the Upper Deck facebook page...
We think it makes sense at this time to share who is confirmed to appear in the program. From actors to politicians, from tennis legends to golf legends, from stars of stage to stars of screen, from presidents to first ladies, from kings of the ring to kings of industry, the Mystery Cuts set has something for everyone. Many of these cards will be limited to just one copy, but as in years past, some will have multiple copies. Here is the confirmed list of authenticated cuts we have in house for this project that will fit: 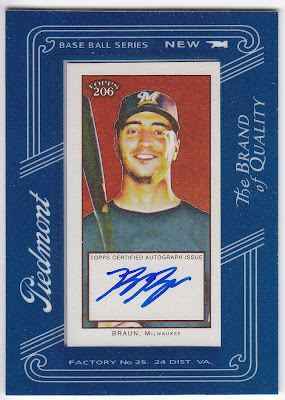 Busted a box of T206. Had no expectations going in, as I hadn't done my due diligence to know what to find in a box. For the price point, I kind of expected to get an A&G/Goodwin Champions type of experience. I wasn't wrong. The cards are very reminiscent of A&G. However, from my one box experience, I didn't find the return value from the box to match the price very well. A Glen Perkins, and Ryan Braun auto were the two hits, and I got a gold foil McCutchen mini #/50, but that was about it. Since A&G is typically very popular, it makes sense that Topps would introduce a second A&G-like product, but by creating a similar product you essentially take away from the uniqueness of the original. 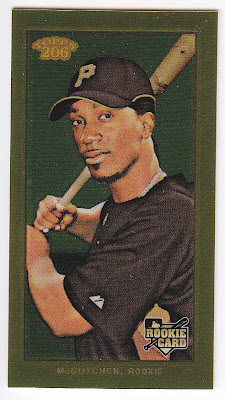 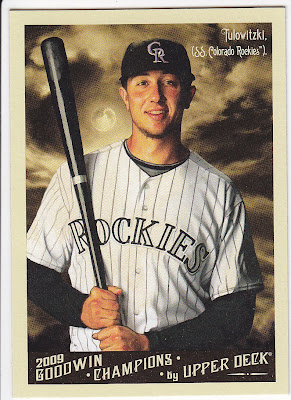 I busted another box of Goodwin Champions. I was thrilled to find a night/moon SP, as this is the first one I've found. But I was even more thrilled to find a Tiger Woods silver foil mini (granted the timing is kinda bad, but it will pass in time).

It was just reported that Phil Mickelson contacted Tiger's wife to pick up some tips on how to beat Tiger!

Apparently the police asked Tiger's wife how many times she hit him. She said "I don't know exactly? but put me down for a 5."

Tiger Woods is so rich that he owns lots of expensive cars. Now he has a hole-in-one.

What's the difference between a car and a golf ball? Tiger can drive a ball 400 yards??...

What were Tiger Woods and his wife doing out at 2.30 in the morning? They went clubbing

Tiger Woods crashed into a fire hydrant and a tree. He couldn?t decide between a wood and an iron

What does Tiger Woods have in common with baby seals?
They both got clubbed by Scandinavians.

Looks like Tiger Woods drive gave his wife and open shot to the green. 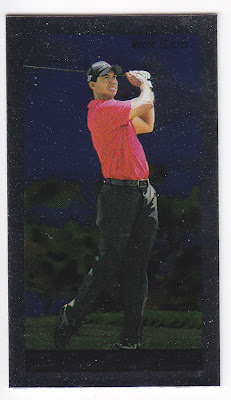